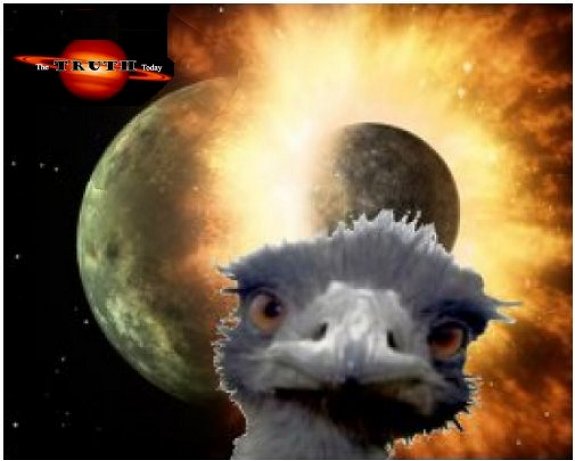 No, it’s not the End of the World.

It’s not even the end of “The Truth Today” … at least, not the absolute end.

Think of it as “Issue n+1” … the location that the “[ Go to Next Issue ]” link points to until there actually is a “Next Issue”. It’s the “bump stop” at the end of the railroad track.

The picture’s background is an artist’s conception of what the Giant-impact Hypothesis considers to be the collision that began the formation of the Moon. The Mars-sized planet that hit the Earth is sometimes called Theia … after the titan in Greek mythology who was the mother of Selene, the Goddess of the Moon.