Are we a nation of Diversity, Friendship, and Family … or a nation of Fear, Suspicion, and Anger? Are we, somehow, both?

When I was growing up, I was taught that we are a Christian nation. I was taught that Christianity was about loving God and each other. I have since learned that neither of these lessons is true … at least as I understand Christianity. About 70% of us claim to be Christian. Adding in the other two religions based on God’s Covenant with Abraham (Judaism and Islam) brings us to about 73%. Other world religions push the percentage to about 76.5. The rest of us are either non-religious, Atheist, Agnostic, or part of the infamous “margin of error”.

I was raised as a Lutheran. Scraping away all the minutia that has created the “Christian Denomination of the Month Club”, the Christianity I learned came down to:

I’ve already discussed my understanding of and relationship with the All There Is. “Help each other” goes beyond the “Love your neighbor as yourself” of Mark 12:31. “Loving others as yourself” or the related “doing unto others as you would have them do unto you” has pitfalls. What if you don’t love yourself? Many (maybe most) of us don’t. Treating others as you want them to treat you totally ignores diversity. Sometimes, we’re so diverse that communicating our needs and wants is almost impossible. (It’s often difficult to know what my cat wants. I often can’t distinguish her varying looks and vocalizations. She, of course, sees me as big, clumsy, and stupid. Dealing with me must take a lot of patience on her part. Human inter-cultural communication is almost as difficult.)

There are many people who are helping … donating their time, skills, and/or resources to help others in their local communities, the country, and the world. There are many who, while not overtly helping, are trying to do no harm. Sadly, there are too many of us who seem to believe that:

There are too many of us who use religion as an excuse for hurting others. Jesus (and Mohammed and Moses and Buddha and …) would not approve.

Why would anyone who believes himself/herself to be immortal fear death like so many of us do? At worst, any suffering during the transition would be fleeting in the face of Eternity. Do the fearful doubt their beliefs … or are they afraid they will be judged and found wanting? Should we not all try to live the potential of our immortality … whether or not we really are immortal? Wouldn’t that produce a really good life?

Caring for the world we share is integral to helping each other. The planet supports an incredible diversity of life. All life and all diversity is precious.

In his first letter to the Corinthians, Paul wrote:

Three things will last forever—faith, hope, and love—and the greatest of these is love.

If you ask, “What would Jesus do?” and the answer is something that disparages the faith or dashes the hope of another, you’re missing the point … love. There is a word for that sort of thinking, but it’s not Christian. The word is Hypocrite.

A Nation of Laws?

Many say that we’re a nation of laws. The first three articles of the Constitution of the United States define the three branches of our Federal government and how each branch relates to “the law of the land”. The Legislative branch (Congress) makes the laws; the Executive branch (The President) implements those laws; the Judicial branch (The Supreme Court) interprets those laws when there is a dispute. The Constitution defines what is under the control of the Federal Government, but the 10th Amendment states:

”Each state retains its sovereignty, freedom, and independence, and every power, jurisdiction, and right, which is not by this Confederation expressly delegated to the United States, in Congress assembled.”

What the Federal Government is or is not permitted to address and what is left to the states has been a matter of contention since the Constitution’s ink dried.

The United States of America has been called a melting pot wherein peoples of many nations and cultures come together to forge a new nation with its own culture. We believe that our strength derives from diversity stimulating new ideas and solving problems. (It reminds me of the principle of IDIC from the original Star Trek series.)

Not like the brazen giant of Greek fame,
With conquering limbs astride from land to land;
Here at our sea-washed, sunset gates shall stand
A mighty woman with a torch, whose flame
Is the imprisoned lightning, and her name
Mother of Exiles. From her beacon-hand
Glows world-wide welcome; her mild eyes command
The air-bridged harbor that twin cities frame.

“Keep, ancient lands, your storied pomp!” cries she
With silent lips. “Give me your tired, your poor,
Your huddled masses yearning to breathe free,
The wretched refuse of your teeming shore.
Send these, the homeless, tempest-tost to me,
I lift my lamp beside the golden door!”

Immigration quotas of any kind violate this sentiment. As long as we have both, we are a nation of hypocrites. If we are a nation of liberty and opportunity; if we are to be an example for the rest of the world to follow,  immigration quotas are an abomination. Immigration quotas are a relatively recent invention. Our country managed for 145 years without them. I’m not convinced that the past 95 years have proven them to be helpful. Can we know for certain which metal put in the melting pot will best strengthen the alloy? Can we know for certain which spice will most improve the soup? I think not.

What’s All the Shouting About?

2016 is a Presidential Election year. At the time of this writing, there are 17 candidates. If we eliminate the “third party” candidates an those polling below 1%, we’re left with 13. Most of the commercials of 8 (61.5%) of those candidates show the candidate yelling about something. 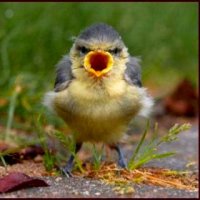 (If I didn’t know better, I’d think they were running for Congress. There seems to be plenty “ol’ yellers” there.)

Many of them are telling us that our country is a terrible place. They would have us believe that:

One thought on “What Kind of Nation are We?”